If this is your first time considering a lateral move as a partner, does the thought of answering “What are is your portable business?” cause a bit of stress?  For almost all partners, it does.   Even those with very large portable practices.  As explained below, this question is difficult to answer for a number of reasons.   See also:  Portable vs. Potential Business – Is there a Difference?.

There are many reasons why it’s difficult to put a concrete figure on a portable book of business.  Here are examples of some of the most common/concerns I receive from partner candidates:

There are more for laterals, but this gives you an idea.

They are all understandable and valid.  But there is one basic fact that many lateral partners don’t fully appreciate:  books of business are, by their very nature, inherently speculative.  No matter how hard you attempt to provide an accurate figure, the reality is that predicting a book of business is as scientifically accurate as predicting the weather.  It’s simply not an exact science because there are so many moving pieces outside your control.   (It’s not unusual lateral partners, after a move, to be surprised that the clients they thought were most likely to follow them end up staying, and those they thought were long shots end up following.)

Most partners, whose careers are based on being precise and accurate, get thrown for a bit of a loop when they have to try and specify an inherently speculative figure (which also has self-worth issues thrown into the mix).  As seen above, there are so many reasons why a book of business is difficult to predict.

So instead of getting caught up with trying to predict a figure, understand that the prospective firm is asking for a range:  The first is your “Optimistic Scenario” figure – this is the figure that represents what your book of business would be if all the chips fell in your favor.   The second is your “Conservative Scenario” – this figure represents  the worst-case scenario.  The third is the “Realistic Scenario” figure, which can be the average of the optimistic and conservative scenarios.  (In other words, low, medium, and high.)  And if you have one large client that accounts for most or all of your business, your spread can be anywhere from several million dollars your first year to much less.

In fact, the most honest and often trusted response you can give is along the lines of, “I think and hope these particular clients will come, and I’m estimating it could be around ______ if things play out as hoped, but this is just my best projection.”

Firms understand that predicting a book of business is hardly an exact science (and can be subject to exaggeration), so being humble and cognizant of the speculative nature shows you are level-headed.  On a number of occasions, I’ve had firms say, “Well, if [partner] says the book of business is $2.5 million, it’s probably realistically around $1.5 million.”  When firms are calculating starting compensation for lateral partners, I can assure you that the CFOs are not relying on the “Optimistic Scenario” figure when making this calculation.   Some firms will even discount your “Realistic Scenario” by 25% to 40%.  Plus, keep in mind that later in the lateral hiring process, most firms have Lateral Partner Questionnaires that dive into your overall economics an enable them to gain a much more accurate understanding of your business.

The pressure of having to provide an accurate number (and the fear of getting it wrong) can unnecessarily paralyze partners from considering other options.  Do not let it stand in your way.

Your information will be kept confidential. 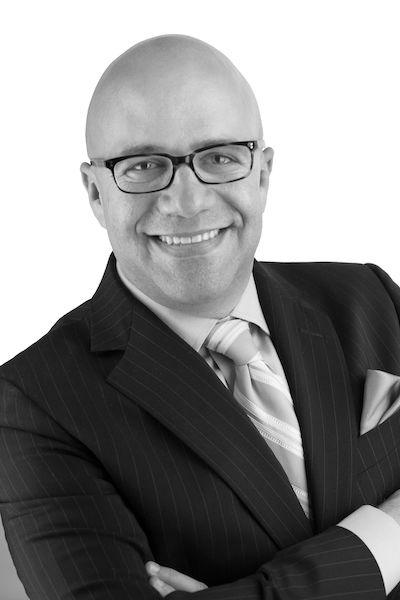 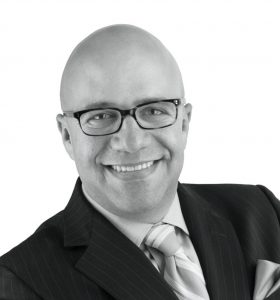 Dan co-owns Garrison & Sisson, where he focuses on lateral partner and practice group placements. He has consistently been recognized as one of the Top 100 Global Legal Strategists and Consultants by LawDragon, and authored "The Attorney's Guide to Using (or Not Using) Legal Recruiters." Dan is the Immediate Past President of the National Association of Legal Search Consultants (NALSC), where he also served as Chair of the Ethics Committee. Visit here to learn more about Dan, or contact him confidentially with any questions at (202) 559-0492 or dbinstock@g-s.com.

PrevPreviousChecklist: Information to Prepare Before Entering the Market
NextWhy You Must Review Your Partnership AgreementNext 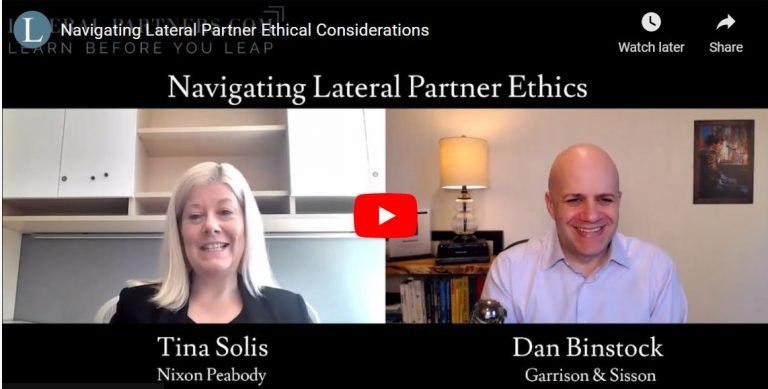